We all know the problem – data is exploding, the number of analysts is decreasing and expectations on big data and analytics are ever increasing. In such a scenario, how can one best manage this situation? To become an effective Chief Analytics Officer, is there a ‘rule’ to follow?

Editor’s Note: In this blog, we curate relevant and  remarkable content for data and analytics community. Here’s an interesting piece written by José Antonio Murillo Garza, which was originally published by Northwestern’s JIMC.

Analytics within a traditional organisation often starts as a top management initiative aimed at increasing productivity. Implementation faces several challenges, and top management sponsorship could quickly fade away. Banorte, the largest Mexican financial group, is under way to successfully transform into an analytical organisation. This experience offers five lessons to start out such a transformation:

A traditional organisation that aims to become an analytical firm with the capacity to deepen and extend its relationship with its customers starts its journey with some leaders envisioning a future for the company. It is not uncommon to find contrasting visions within top management of what should be the future — some subscribe to the old Texas adage, “If it ain’t broke, don’t fix it.” This should not be a surprise since companies have limited resources, and there are competing projects that respond to existing customer demands. Hence, when the organisation embarks on the transformation path, it is clear that the analytical camp prevailed, but this does not mean that the traditional camp was convinced. Top management composition is not static, and suddenly the forward thinking camp that once prevailed to launch the transformational analytic initiative might be outnumbered. Assuring continuity requires the analytic team to gain credibility with both camps of the organisation. A high short-run ROI does the trick. Analytics in Banorte during its first year of operations contributed 10% of the group’s total net profit, gaining credibility and resources to advance with medium-term projects.

Business lines expect the quants to be a partner, not a lecturer.

A high yield from analytics is a necessary but insufficient condition. Analytics and the business lines must establish a partnership that will face some hurdles. Analytics will disrupt the way business has been conducted, and rivalry between groups might arise. Both groups speak different languages — one group has business experience while the other talks with statistics and models. The business lines have many concerns — devoting scarce resources to unproven projects, the credit they will get in case of success, or the blame they will share if failure occurs. These concerns must be addressed by the design of an incentive scheme that aligns the interests of analytics and the business lines. Banorte solved this problem by setting a shadow target for analytics that did not rival the business lines targets, but rather analytic projects helped business lines attain their targets.

Non-rivalry between groups does not guarantee that the business lines and other stakeholders will enthusiastically embrace analytic initiatives to change the way they have been working. Stakeholders within the organisation are unfamiliar with analytic initiatives, and they certainly have other projects top of mind. It is of an utmost priority for analytics to find partners willing to champion initiatives that can set an example to the rest of the organisation. Analytics will need to invest some of its top management sponsorship capital in assuring end-to-end implementation of the chosen projects. The transformational effort at Banorte initially focused on the credit card business because of the project’s value and the willingness from the business partners.

An analytics team obviously requires quantitative skills, and the organisation has to make a substantial investment in data and technology. However, these prerequisites are not enough to transform an institution. Banorte’s experience has shown that two soft skills are vital — the ability to build consensus and to have good team players who respect the business acumen of their counterparts. Business lines expect the quants to be a partner, not a lecturer.

Finally, rooting analytics within the organisation requires measurement. It is not uncommon for an organisation on its path to transformation to undertake several initiatives at the same time, and it may prove hard to disentangle the contribution. The analytics team should not assume that results are self-evident — a detailed report to the top management must be produced periodically. Furthermore, it is easy to stray from value by undertaking only the projects from willing partners. At Banorte, measurement has assured sponsorship and has kept analytics on track.

Hear more from José Antonio Murillo Garza and other distinguished speakers at the Chief Analytics Officer, Spring happening on May 2-5, 2017 in Scottsdale, Arizona. For more info, visit coriniumintelligence.com/chiefanalyticsofficerspring

By Dr. José A. Murillo Garza: 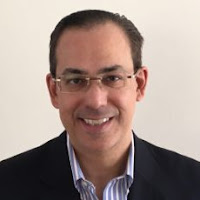 José Antonio Murillo Garza is the Chief Analytics Officer for Grupo Financiero Banorte S.A.B. de C.V. José also serves as general director of analysis at Banco Mercantil Del Norte, S.A. Prior to this, José was the director of price analysis for regional economies and information at Banco de México. He holds a degree and Doctorate in Economics from Rice University.