Big Data in Latin America: Is Data the New Oil?

Big Data in Latin America: Is Data the New Oil?

Since the oil revolution, the survival of any business called for informed and well-conceived judgments on how to take advantage of any existing asset inside and outside a corporation. Gradually, the old fashioned approach to the executive decision making process has been replaced by a well rounded method of analysis of existing or produced data to generate useful and actionable insights so as to improve one’s business opportunities. Certainly, this mentality shift has been echoed in the last decade by hundreds of businesses around the world, including those based in Latin America.

Nonetheless, when one hears the expression “data is the new oil”, one’s mind starts to wonder about what the real meaning behind such an analogy. A few rustic pictures of brave whalers looking for precious whales in unbearable conditions in the late 19th century appears in the imagination and one cannot stop questioning the impact that the discovery of practical and lucrative uses of petrol oil posed to those exclusively dependant on that ancient tradition.

One could state that the comparison mentioned above is embedded in a more complex argument, in which traditional methods of exploitation of available resources were suddenly challenged by more effective technologies and advanced production practices that allowed a more cost-effective utilization of natural assets. The good old skipper’s instinct and traditional knowledge on where to find the best specimens on the vast oceans were rapidly replaced by specialised individuals with the ability to develop more accurate processes and techniques of exploitation of an existing source.

If one were to dig deeper, it could be said that oil was considered as one of the most disruptive assets ever found in the last two centuries. Until now.

Data is a Vital Asset

Understanding the clear difference between a natural resource and man-made produce, it could be argued that data is not that different to oil after all. Since the consolidation of the technological era and with the unstoppable development of more advanced tools in the modern era, data has taken its rightful place amongst the most vital assets of any corporation looking to survive in the current extreme and competitive market.

Understanding the clear difference between a natural resource and man-made produce, it could be argued that data is not that different to oil after all.

Therefore, if oil supported a vital change in traditional business models and industrial productivity throughout the last century, data has come to, once again, revolutionise one’s approach to business. The times of strategic decisions based on a “gut feeling” or previous experience have passed, to give way to thorough and well-informed judgments based on facts, numbers, predictions, behavioural patterns, or in a simple word: Data

The Data Revolution in Latin America

Despite the fact that there is still a residual old-fashioned mind set in some executives in Latin America, the vast majority have already undertaken actions to modify organisational structures and business models, to exploit the great opportunities offered by data. Lessons have been learnt from the past and a more proactive approach have been implemented to leverage data’s monetary potential. As oil did in its time, data is rapidly transforming the Latin American executive’s mentality, from the good old whaler, towards a new one avid to gain a competitive edge by exploiting this new asset.

In a recent study by Frost & Sullivan, Analysis of Big Data and Analytics Market in Latin America, it was revealed that the combined market of Brazil, Mexico and Colombia generated a “revenue of $538.3 million in 2015 and is expected to reach $1,956.5 million by 2020 at a compound annual growth rate (CAGR) of 29.4 percent.”

It is surprisingly evident that Latin America is swiftly embracing a robust approach to data, which promotes deeper analysis of business strategies, re-organisation of existing corporate structures, and recognition of brand interactions and customer reactions, amongst many others. What is even more astonishing, is that some forward-thinking organisations, across the whole region, have already appointed a brand new C-Suite executive to lead the path. These new Chief Data Officers (CDOs) and Chief Analytics Officers (CAOs) have emerged from the background of some IT or Business Intelligence department, and have found their rightful place amongst their executive peers.

Nonetheless, there are important concerns still to be discussed about the impact of this welcomed asset. The local CDOs and CAOs cannot do it all on their own and they need the support of qualified personnel and committed shareholders. They also need the opportunity to establish professional networks, with their local and international peers, to properly debate about the daily challenges and best practices to overcome them. After several conversation with over 50 data and analytics leaders in Latin America, including more than 15 of the new CDOs and CAOs, it is evident that there are still important inquietudes regarding specific issues –such as Data Governance, business strategies transformation and cultural evolution towards a data-driven organisation- and there is a need of senior level spaces to discuss them.

Understanding the significance of these concerns and the importance of public initiatives for debating, Corinium has aptly created the first forum of its kind in the region – The Chief Data & Analytics Officers Forum, Central America. Taking place in January 2017 in Mexico City, it has already gathered the most important CDOs and CAOs in the region, to further and promote dialogue concerning data and its potential. 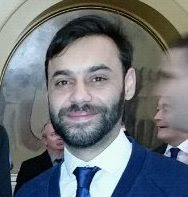 Alejandro Becerra is the Content Director for LATAM/USA for the CDAO and CCO Forum. Alejandro is an experienced Social Scientist who enjoys exploring and debating with senior executives about the opportunities and key challenges for enterprise data leadership, to create interactive discussion-led platforms to bring people together to address those issues and more. For enquiries email: alejandro.becerra@coriniumintelligence.com